The Irregulars is now available! This collaborative novel is the second such project by StarkLight Press. Featuring the talents of several international authors, The Irregulars traces the adventures of a group of eight children with supernatural abilities. Lost and homeless, these children find themselves hunted by a pharmaceutical CEO who wants them to add…

END_OF_DOCUMENT_TOKEN_TO_BE_REPLACED

Jason Pere is a native New Englander, currently residing in Connecticut with his wife and two rambunctious cats. He has had a long standing passion with the arts.

Jason discovered CWC early on in 2015 and has been a passionate member since, diving into multiple collaborative fiction projects with other authors. He has work published with CW Publishing and Starklight Press. He also has solo work self-published and published by Rambunctious Ramblings Publishing Incorporated. When not writing or enduring his “Real World Job” Jason enjoys, Netflix time with his family, breaking out obscure board games and dorking out with friends, firing up the his game console and surviving a Zombie Apocalypse or indulging in baked goods and sleep.

They were stepping into the elevator when the high heel of Hailey’s shoe caught in the gap between then floor and the inside of the elevator. It took Brady fully by surprise. It was the first time that he had ever seen Hailey be anything other than graceful. Without thinking Brady’s hand shot out and stopped his friend from going down.

“Ow!” Hailey exclaimed as Brady’s hand grasped her upper arm. He let go once her feet were stable on the floor of the elevator. The short sleeve of her shirt had been rolled up onto itself when Brady had come to her rescue and it revealed a sizable bruise.

“No. No. No. It’s not your fault, it’s mine. This is nothing. I just bumped this on a towel rail in the shower the other day. I really should be more careful,” Hailey said embarrassedly as she rolled her sleeve down and coved up the bruise again. “Now let’s go and get something yummy.”

“Ok. I’m glad you’re alright but that bruise did look pretty bad,” Brady said trying not to sound too skeptical. He had worked in sales and customer service for long enough than he had a strong enough sense of when he wasn’t getting the full story form someone.

“Thank you but it’s nothing. It really is. Don’t worry about it. I’m fine,” Hailey said in a way that seemed like she was trying to convince herself as much as her friend.

Jason had some revealing answers about his inspiration for his story in his interview questions:

Yes I do but oh which one to pick. I suppose the best example would be the story of a young woman I met online may years ago. A friendship rapidly turned into a long distance relationship. We saw each other in person on weekends and over the span of a couple months were convinced that we were destined to be together. I had the wonderfully horrid idea to leave my home in Connecticut and visit some friends in Georgia for an extended stay. I invited her to make the move with me and she said she would be happy to follow me. I should have realized that moving across the county with someone I hardly knew and never lived with before would end in disaster but I thought that we were the exception to the rule. We broke up nearly as soon as we got to Georgia and she then began dating and later marrying one of my friends that I moved down there to visit. Oh and that’s not the end of this little tale it gets better. After a very turbulent period things settled down for a while and I started dating someone else (Who I would later marry) until one day my ex-girlfriend and her husband orchestrated an armed home invasion, assault and kidnaping of myself and my current girlfriend. It was a poorly executed crime and all guilty parties were in custody in a matter of hours. So not only did this woman break my heart but she also held me at gunpoint. Still I cannot fully condemn knowing her because if I had not ever known her then I don’t know if I ever would have met the amazing woman that I went on to marry.

I think that love is probably one of the most profound and indescribable emotions that lies within the human spectrum. It would stand to reason that the greatest emotions we are capable of feeling can lead to the greatest pain, fear and sadness when they are gone, misinterpreted or twisted in some kind of perverted fashion. Love can be a powerful motivator for someone to do horrible things.

I wanted to do a tragic love story. I went to Romeo and Juliet for inspiration. I wanted a story of two people who really should have ended up happily ever after but just couldn’t get out of their own lives enough to make that happen.

3. What was the source of your inspiration for your Valentines Day horror story?

Thanks for the great story and interview, Jason Pere! You can find Star Crossed in Hearts Asunder, available from StarkLight Press in Feb. 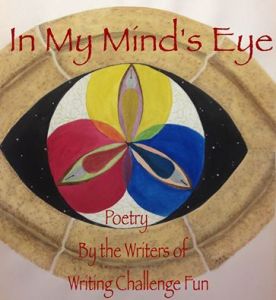 Here’s the fetching front cover to the first poetry anthology from StarkLight Press!

Inside, you can find beautiful poetry by participants in the online 24 hr. Poetry Marathon and top-notch writers from around the world. Featuring the fruits of more than a year’s poetic efforts, this beautiful anthology will be available the end of October, 2015.

Check back at starklightpress.com for pre-order links for ebook and print versions!