… couldn’t resist the dreadful pun! That’s what comes from tackling the concept of beheadings, oracles and Orphic tradition- all in one story. Read about how Tony came up with this fascinating tale of opportunistic resurrection here in his interview for Wild, Wicked and Sparkling. 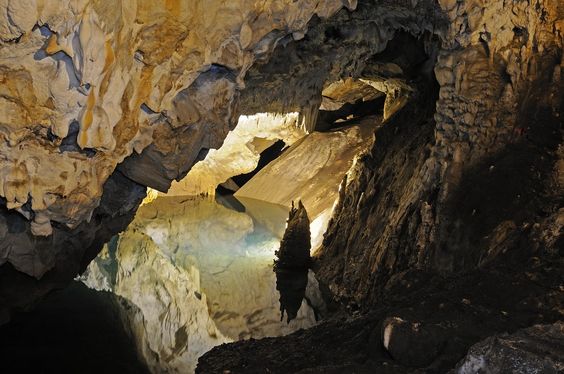 1. Tell us a bit about your inspiration for your tale.

I was thinking about the connection between beheading, resurrection and mystery schools of spiritual belief.  I found that there had been a lot of talk this year about decapitated, cognizant heads after Alien:Covenant came out, what with double Michael Fassbender and all; that apocrypha seems to me to be very closely based in not just Sumerian myth, but the early Orphic tradition- love lost through personal responsibility, re-inventing of the soul in new forms- as well.  The idea of the disembodied character-inna-head being given new life made me start thinking about other notable cases throughout mythology and history.

Mimir’s head was given the ability to prophesy and assisted the gods for ages after it was removed from his body. Orpheus continued to give oracular messages after the Maenads ripped his head from his shoulders. The conceit that the head contains the seat of the soul, and moreover, once it has been separated from the material body, that it has supernatural powers, is an interesting one. Throughout history, Marie Antoinette is one of the most notable decapitation victims, and so I began thinking, who would be the one to give her head new life? Orpheus seemed a logical conclusion; his Orphic teachings are primal reincarnation. [I don’t know much about what Mimir believed in 😉 but he seemed to be more of a personal advisor to Wodin than an independent agent like Orpheus. ] The way in which Orpheus maintains that one travels intact across lifetimes made me think about him hearing about Marie’s death and 1815 re-interment. I started thinking, hey, now’s my chance. Orpheus’s head being taken to Macedonia linked up with other  personal apocrypha about the region and seemed a natural fit.

2. What draws you to the Hallowe’en season?

I think it’s the energy in the season that reminds you that, even though there is death all around, from the leaves in the trees to the crops to the apparent deaths of animals that migrate or hibernate, energy moves to the spirit realm. It is still there, changed, eldritch perhaps, but all around. So, I’d have to say, the Second Law of Thermodynamics.

3. Tell us about what would make the best Hallowe’en party ever.

Costume party, of course. Starting off with giving the kids their candy, so that all the party goers get into the Hallowe’en spirit. Then a nice house party, with the backyard set up for whatever activities the weather is amenable for (because northern Canada Hallowe’en often involves snow!) and then not too much loud music or too much heavy drinking. Lots of good costumes and fun.

4. Who has inspired you to not just write, but to keep writing?

I draw great inspiration from Tolkien, and C.S. Lewis, and Shakespeare. Tolkien for his truth, Lewis for his insight, Shakespeare for his volume and quality, gathering things from disparate sources and making a cohesive whole that spoke to us all. He was like if Frank Lloyd Wright and a magpie had a baby that could write.

Virginia Stark has helped give me inspiration to keep writing, and to keep on to the ends of things and then beyond. I would say that our StarkLight Press followers, and especially our GAF Universe followers, help to always ask the right questions that require another story, another novel, to flesh out. Discovering the truth of the world is its own reward, but having an interested, engaged, intelligent audience is a beautiful and happy bonus.

5. Where can people find your work and more about you as an author?

StarkLight Press now has almost my entire body of work, which I am very happy about. The only other place to find my stories is with a totally awesome press out of America, Writerpunk Press. They’re the only ones I’ll work with other than SLP, because they have great respect for what you’re trying to do creatively and they have a very high quality, high energy group of authors and workers. They put out a beautiful product, also.

You can shortly find the whole body of work from the GAF Mainframe in our upcoming Encyclopaedia Galactica, featuring entries and magazine excerpts that fill the blanks around our Galactic Armed Forces Universe stories. It’s been a blast to work on, compiling pictures from fans, computer artwork and my own pieces for illustrations. Our latest novels for the GAF Universe are coming out this winter and spring of 2018. We’ve phased out the public access to the bulk of the work on the site and will be bringing it back with secure membership and login later this month- it’s a big compliment to have your work swiped and referenced and talked about on the Internet, (especially when people link to your stories and interviews, referencing them as fact!) but our authors and fans have put so much work in that it deserves a little security.

Here is a excerpt from We’ll Meet Again, the tale of how Anore Wrought managed to not only steal the cure for the weaponized plague that was killing her husband Victor, but rescued long-time friend and ally Nick Goodfrey from his captivity with rival Sindo Corporation. You can find the whole story in Tales from Space: The […]

Visit the Center of the Media Galaxy – On Facebook!

Visit the Center of the Media Galaxy – On Facebook!