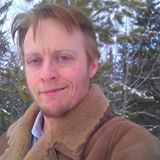 Humans are an uniquely magical race. In recent weeks, the nightmarish quality of the magic we can evoke has become hideously apparent. With the Christmas season upon us, I feel it necessary to illustrate the power and method of human magic with a sterling example of the beauty of our powers to evoke and magically create: Santa Claus.

Let us abandon our hispterish desires to decry Santa and what he has come to represent in terms of the gross materialism of society. We are all aware. Le us instead regard the process of his evocation in terms of the methodology of human magic. Santa Claus can be regarded as a worldwide delusion on the part of humanity, but I prefer to raise him up as a shining example of the best of human sentiment and thought.

The roots of Santa stretch back, of course, through the Catholic absorption of St. Nick to the original Norse god, Wodin and the pagan spirits that brought the Yule. This ancient comfort of the All-Father and the truce, sharing and surprise that softened the blow of deepest winter is ingrained indelibly on the consciousness of Europeans. It was for this reason that marketers co-opted these images into the Santa Claus that first sold Coca-Cola in the early years of the twentieth century. True, Santa first came about as a cleaned-up version of an imposing God of ancient days, but the point I would like to focus on here is the fact that, after fifteen hundred years, the memory of the Yule god was still strong enough in the human mind to translate in remarkably unblemished form- and to be a formidable sales tool.

We readily accept the reboot of old ideas, movies and books in a hip, new form, yet we decry this most enduring of reboots the human consciousness has perpetrated in the ressurection of the Yule God as Santa. The concept of Santa we hold dear in this era contains the oldest of pagan winter traditions; has absorbed elements of cultures from Siberia to the western tip of Europe; has seamlessly amalgamated fanfiction (“T’was the Night Before Christmas”); has endured a thousand modern permutations from Madison Avenue and local custom. Santa barrels along ahead in the face of all this, happily allowing himself to be synthesised in a multitude of ‘helpers’ in shopping malls, skating rinks, office parties and main street parades… and though we all know who is behind the beard, we still project and in a small part of our minds believe that the Man in the Red Suit is before us.

All adults with an ounce of magic in their lives rally seamlessly together whenever one of our number under the age of ten is around, pumping energy of the purest kind into the wonder of Santa Claus’s visit to stockings and trees. We happily forget our own dismay when we finally realized Santa himself was perhaps not the one providing presents on Christmas morn; we focus instead on the lasting value of Santa Claus. We do this to provide a concrete example in the minds of each of our children about Santa, who is our kernel of validation that magic and wonder can exist in this world. We maintain Santa’s arrival at the darkest, bleakest time of year for our children not just to emphasise that delight penetrates through the waning of the year, but as a reminder that such things can exist in a world that is in itself as bleak as the bleakest of winter.

With the saturation of western culture and marketing throughout the world, humans from every continent now support this bastion of magic in the dark. We might not truly believe that Santa in any of his forms exist. However, we leave the door to our belief in magic open, just a crack, once the Christmas lights go up and the canned music turns to carols. We might groan under the weight of forced ebullience, but there is not a one of us who has not found a much-needed boost of spirit from holiday decor or the delight in the eyes of children as they dictate their wish list to the local representative of Saint Nick.

This, in fact, is the essence of human magic. Humanity is the most double-brained of any creature: worldly enough to root too deeply in harsh reality, yet hopeful enough to believe in magic and miracle even as we turn up our noses at it. The group delusion of Santa Claus that we pass intact down the generations is not a cruel trick that should be eradicated, but rather a shining example of what humanity can accomplish.

True, without a thoughtful hand set to Christmas, the excesses of the season can tire us all. Nevertheless, the essence of the magic we have accomplished at this time of year is astounding. The bonds of formality, of distance, of rigid rule that keep us apart- one being from another- erode in the face of this group delusion. We are allowed to embrace this time of year, not just each other, but the outpouring of gratitude and sharing we feel throughout the year for our friends, co-workers and family. We do this under the guise of Santa Claus, following his example and exchanging correspondence and tokens to each other. These tokens represent not just of the sentiments we hold for those people we have in our lives, but the fact we all secretly believe in magic. We all believe in the miracle in the dark, in the wonder that still exists in our hearts and minds, even after another exhausting turn of the globe around the sun.

We pump our effort of belief into Santa Claus, not just to delight the young, but to train them. The role of Santa in our society is a profound message to our youth. It shows them that the simplicity of delight, of surprise, of sharing, is based on love and can exist anywhere, any time… if humans make it so. It shows them that the banal world can be transformed throughout our experience into a shimmering, brilliant pageant of beauty and light. It shows them that humans can come together, no matter what they might think, and make a better, more beautiful, happier place, even if it is just for a month, or only for Christmas morning.

Armed with these deeply subconscious lessons, we send our children reluctantly out into a difficult and often demeaning world, having whispered to them the only things we can over the tumult of suppressing influences: “Even if we have to make it ourselves, magic can exist, happy endings can be found. Full bellies, happy hearts and the bonds of friendship can win if we make it so.”

These lessons are the integral needs of a species clever enough to destroy themselves and be destroyed by a choatic and often inexplicable universe. We share these whispers once a year, every year until our children grow into our shoes. They share it with their children, not because of toys or guilt or obligation, but because we all appreciate the comfort of the lessons behind Santa Claus and the fact that, as a group, we can change our reality.

Santa has been pulled from our deepest memories, a god from a world of ice and fear, wild majesty and imposing strength, into our comfortable world of television, central heating and insulation. Don’t deride Santa’s importance to us as a species just because he got a Madison Avenue makeover- we all have, whether we want to or not. Santa has followed us into the twenty-first century not to perpetuate the destructive consumerism of the one percent, though that is what all people who want wonder and magic extinguished in our spirit might have you believe.

No, Santa is still cherished by parents and children alike because of that intangible gift he still gives us all in our stockings: the realization that humans can make a thing real, be it peace, sharing, love, fellowship, wishes, beauty or even St. Nick himself… if we all agree to make it so.

That is truly a miracle, not just for Christmas, but any time of the year. It is the quintessence of human magic, to make a thing real and change the world with it. It is the best emanation of human magic, to make the world sing the same happy songs, share the same happy memories, create the same sentimental, fragile world of wonder that was passed onto us. If we could only appreciate the lessons Santa brings to us… that we have the ability to imagine a better world and better people to fill it. If we learn to truly appreciate these lessons, we could apply that magic to the rest of the year- and the future of our human race.

Wishing you and yours a very Merry Christmas, very Happy Holidays, and a better New Year,