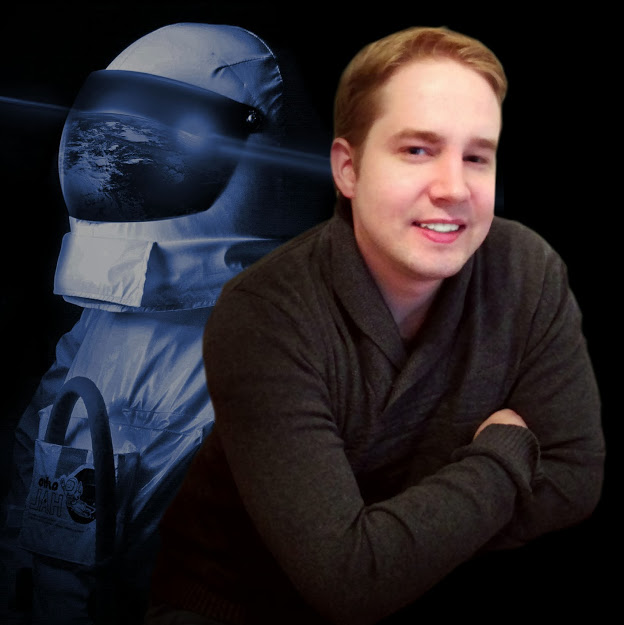 #2 and is published in our new compendium, due to hit shelves the last week of July. Congratulations to Hal!

Interview With Hal Friesen regarding ‘The Afterscience‘.

I always try to focus on the interesting and intimate ways scientific progress reacts with human psychology, and to that end new scientific discoveries and ideas provide great source material.

The sense of freedom and exploration on the page, and the wonder when a beautiful, coherent but complex image emerges from nothing.

Robert J. Sawyer for his ability to combine the intimately human with the grandly cosmic. Philip K. Dick for his complex mosaic of language laced into every sentence. Robert Heinlein for exciting my great interest in the genre with adventure and wit.

I think the connection between big and small – both in social status as well as scale. A Japanese teenager plays an important role in the outcome on a space shuttle. I like telling stories where I try to bridge big gulfs, and I think it’s something you don’t see very often.

Star Wars was one of my first SF loves, then Dune made my eyes wide for a continuous month after reading it. Lynda Williams’s Okal Rel Universe grew on me gradually, and as I’ve immersed myself in it in order to contribute I’ve grown to love the rich complexity more and more. Firefly is another one—but who doesn’t love Firefly? A recent more obscure one that I fell in love with was Jasper Forde’s Shades of Grey, because it was such clever satire that gradually revealed itself to be very rich and deep.

The connection between the two plotlines.

I write speculative fiction, play science, and study cello. I wore an astronaut costume for 167 days in a contest to go to space. I grew up in Prince George, BC, and hold a BSc in Chemistry and Physics, and MSc in Electrical Engineering. Now I’m working as a Research Scientist in laser gas detection, I spend my working hours making and breaking new concepts, before going home to unleash my imagination writing on a homemade treadmill desk. I live in Edmonton with a gnome painted like Super Mario.

Keep writing. You get better with every story you write, even if it doesn’t seem that way. And try to be patient.

Thanks, Hal, for your interview- we will be posting a video interview with Hal and our other winners on our YouTube page later in August.