People have been asking me quite a bit lately about creativity.

Where do you get yours? What causes it?

People have also been asking me: Is this story, artwork, poem, product, “good enough?”

In response, I ask them if it is creative.

See sentence one. After several evolutions of this discussion a definition of creativity, at least as far as its use as an adjudicator on StarkLight Press Desks is concerned, should be provided.

Creativity is a force that has forged our modern world from the flagellae of the amoebas in the oceans, millenia before this day. It is the engine that powers our thought, our transport, our social interaction. It is the flame of our salvation and the vista of our future. 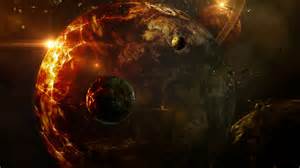 Creativity stems from a love of life.

Creativity is not to be confused with plagiarism or derivative construction. Changing a letter or a vowel in a word of Tolkien’s work and calling it your own is not creativity. Picking characters ripped from mass media and clothing them in the trappings of one’s own daily life is not creativity. It is the grasping hand of the drowning man reaching for a piece of solid ground. It is the guttering flame of the soul not quite ready to go gently into that dubiously good night of reality television, organized sport and facebook status updates, but it is not creativity.

Creativity ingests fully the wonder of creation and produces unique creation in response. It is the human mind’s only true perpetual motion machine. It spawns original and wonderful manifestations in response to the wonder that surrounds it; each new creation connected by the thinnest of membranes of similitude, each bound together by the feeling stirred in the breast of any living being who partakes.

In this way, creativity is identical to love. 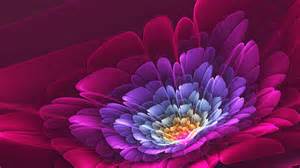 If you love your characters, their world and their existences, then it will show in your writing. If you are writing them because of an incomplete connection based on either your own needs and desires or the imposition of the raging maelstrom of media imposed on your brain, then that will show, too.

If you are writing something you could love, or love in a way, but that has been obscured by either your psychology, your drives, your desires, your inputs (please note the resounding possessive pronoun), then you owe it to your creation to silence the ever-present Importance of YourSelf and let the story bloom forth.

You might be surprised how much of You comes forth in such an act of pure creation- if it is actually You that you have set out to display by creating in the first place.

If this is not the case, and you are in fact terrified of letting others view You, then you must quit obscuring YourSelf behind an ink cloud of media influences, pretentious and protected plot and other obfuscations. You must decide why, in fact, you are attempting to create in the first place, if you do not wish to share of yourself with the rest of creation. You must decide, and you must either abandon the fear or abandon the attempt.

And let’s face it, nobody’s going to be impressed if you abandon the attempt.