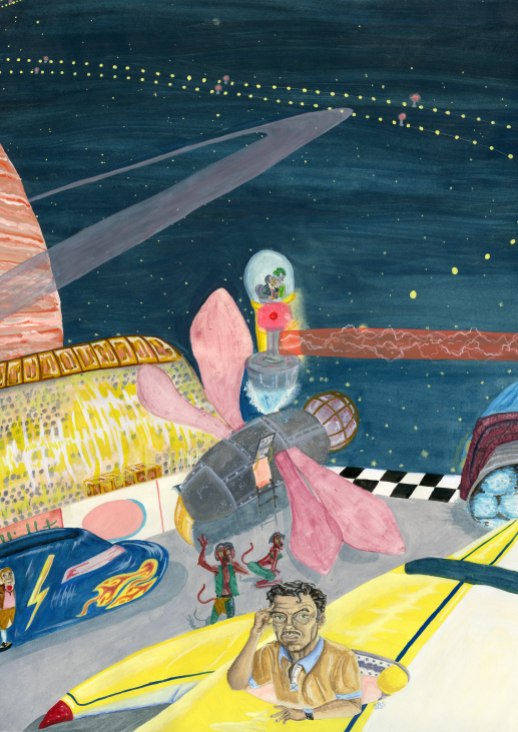 Howard Donovan rolls his eyes in exasperation at the offensive antics of the Pismarian pirate racers as the starting lineup for The 187th Annual Galactic Grand Prix waits. This year’s Grand Prix takes place in the Gamma Quadrant, a dangerous and primitive part of the Milky Way. Pirates and shady characters have found their way into this year’s race as a result, bringing stolen technology like the Winged Particle Surfer to try to increase their winning edge. The Galaxy’s most versatile personal flight craft, the Donovan Jump Jet, will have its work cut out for it in this motley collection of space ships of intergalactic design. Howard will have to be on the look out for cheats and sabotage of all kinds as he tries to negotiate one of the most challenging space race courses in the GAGA.

You can find the first volume of Tales from Space here, in print:

Look for the Tales from Space e-book on Scribd here:

Look for GAF Mainframe books An Incident in El Noor, The Arkellan Treaty and Space Stranded, coming later this summer from StarkLight Press.

Here is an excerpt of Virginia Carraway Stark reading an excerpt from The Great Space Race: