StarkLight Press would like to congratulate Justin Trudeau and the Liberal Party of Canada on their success in our Federal Election. The change in guard instigated by yesterday’s results brings forth reflections on what it is to be a leader of Canada and what our nation requires at this pivotal point in its history. As such, I have organized my thoughts into a letter for our next PM, with what humble advisements I would wish him to hear. 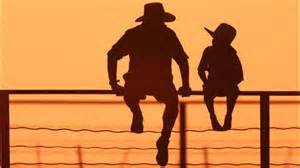 The running of a nation is a delicate and sensitive procedure. Its closest analogy would seem to me to be the raising of a child. It is often chaotic, utterly exhausting and one of the most rewarding pursuits given us.

When raising a child, there are moments as a parent when the world seems to contract and its edges crispen. There is only you and your child, who soaks up every word, every movement, every nuance you provide- or don’t provide- for their development.

At such times, a parent must acknowledge with humility that they have been given the incredible right to form another being’s nature… and thus affect the entirety of the future.

Inside these moments, a parent knows he must tread carefully, speak gently, do less, allow the child to provide the parameters. The parent then deftly provides the answers, security and situations for the child to succeed on their own. Be it coming to new comprehension, accomplishing a new task or deciding for themselves what comes next, these moments are the delicate ones that form the child’s being for the rest of its life.

It seems to me that the running of a nation such as Canada is a series of these quiet, intimate, formative moments. We are less the brash and bombastic child, less the child who needs a firm hand and more the child who has a quick mind and wisdom beyond its years.

Perhaps it is because Canada is still a young country, formed in an age when humanity was finally outgrowing the simple, brash signifiers of the toddler. We were forged as humanity began to understand itself as an aware being in a complex and gigantic world.

Perhaps it is because we as a nation are retiring, self-sufficient, competent souls who enjoy being in Canada more than we enjoy doing in, or at, Canada. In either case, we are very similar to that quiet, thoughtful, ever-growing, ever-maturing child.

The majority of we Canadians are too smart to be mindlessly swept up in the bold headlines and shock reporting that sways the hearts of citizens elsewhere in the world. We are aware and capable of coming to complex decisions under our own power. We do not require the stern discipline of House Rules for its own sake, or the bluster of threat and coercion.

Which brings us back to those delicate moments in parenting when one realizes that their child is no longer strictly in need of boundaries and protection, but is a being in its own right who can discuss matters and come to reasonable conclusions. It is a difficult time for a parent. The urge to bluster through with authoritarism is still close at hand. It is an attractive proposition not just because it is easier than accomodating- it also in theory protects the child more than allowing them to make their own decisions. It is a difficult time for a parent because, by including the child’s views into family decisions, the parent must admit that their child is a being separate from themselves.

From what we have seen on the world stage in recent years, it is an easy mistake for leaders to make, this refusal of the fact their peoples are beings with wishes and desires separate from those in power. In many cases, those wishes are not so very different from the way the leaders would run things, if they could. In some cases, the differences are staggering. Accepting this individuality is the hardest part of good parenting. It would seem to be the most elusive quality in running a country, as well.

I think it would be one of the most challenging purusits, running a nation.

The role of Head of State contains within itself a grand array of those most delicate, most humbling aspects of parenting. A parent must only make a few hard choices for their child, yet for a nation hard decisions are frequent and their consequences massive. Running a nation also impacts the world stage in ways that stagger the sensibilities of the common man. Certainly, these qualities inherent in running nations are rivalled only by the intense potential that is molded by the parent of a growing child.

I would ask, therefore, Mr. Trudeau, that you treat this nation as you would your own child.

Remember where you came from, the good and the bad of your parents and grandparents. Be ever conscious of this and try to instill the best of your family line into your nation. Be unafraid to acknowledge the shadows in the past, for being honest with your children about those dark spots can lead to the greatest growth and understanding.

Remember, especially as the bluster and tumult of the world political stage begins to buffet you, that your nation is an entity of its own, separate from you and separate from the others. It is a nation of well-considered, remarkably mature thinkers who value the harmony of the family and the harmony of the nation before blind wealth or military might. Value your nation’s individuality in the face of those who would want it to look more like themselves, and less like Canada.

Remember most of all, that as a nation, we stood up in great numbers to quietly and respectfully ask for a brighter future. A nation that will do that without violence, without strife, without hyperbole, is that child of uncommon maturity. If there is a difficult decision, if there is a sudden setback, have the humility and trust to speak to us, knowing we have the awareness to calmly and earnestly speak back.

These steps you take now are formidable. You have much to overcome, much to prove and much to accomplish. Every parent does.

Know that you do not take these steps alone. We take them with you, little by little, ginger and watchful, each of us hoping the other will rise to the occasion and allow the blossoming of something great, together.